Art, Craft & Design - cross-overs and boundaries in the 21st Century

Art, Craft & Design - cross-overs and boundaries in the 21st Century

The debate will be in two sessions chaired by Glenn Adamson: Robin Wood will make a plea for the preservation of traditional skills, with responses from Sir Nicholas Goodison and Tanya Harrod. After the Q&A, Tracey Rowledge will talk about the reinvention of traditional skills in the 21st century with responses from Sir Christopher Frayling and Mel Howse.
Organised by the Queen Elizabeth Scholarship Trust (QEST) which makes awards to craftspeople who reflect the excellence of British craftsmanship, such as scholar and saddle maker Mia Sabel, who was employed by Mark Taylor to work on his design for a briefcase and used her skills to help develop the manufacture of the leatherwork for this highly original product (see image).
Part of London Design Festival 2012.
10.30-12.30 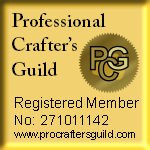